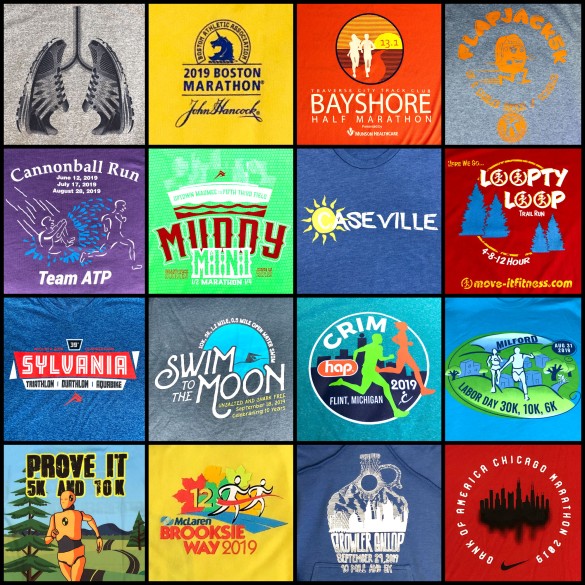 2019 was a year with some really high highs and some really low lows. Although the year was pretty great in terms of running, it was pretty rough otherwise. I am very thankful for the feelings of strength and empowerment that I get from running because it’s taken a lot of strength to get through this year. I don’t like to be vague but don’t feel comfortable putting too much personal stuff out there either. To put it simply, I’ve been trying to cope with a lot of negativity, stress, worrying, frustration, and feeling like the optimism has been drained from me. When I run, swim, and lift weights, I feel strong. I feel like I’m really good at something and it lifts my spirits. I know it’s not healthy to literally run away from life’s problems, but so many times this year I’ve wished I could be like Forrest Gump and just keep running. As a result, I may be on the path to becoming an ultra runner next year.

I like to think of myself as an optimist, or at least I strive to be, so I try to stay positive. I like to appreciate and be thankful for the things I have. A lot of really great things happened in 2019 and I’d prefer to concentrate on those things. I’m thankful that I had a pretty awesome year in terms of fitness and racing, so here’s a look at some of the highlights.

Of course one of the biggest highlights was running the Boston Marathon for the first time. I practically wrote a novel about it here so I won’t recap it again, but it was an incredible experience.

I followed up with the Chicago Marathon in the fall, so I ran two of the Abbott World Marathon Majors in one year. Prior to this year I had never run a marathon with more than 10,000 people. It was quite a jump to run two marathons this year with 30-40,000+ people! The big-city experience of running Chicago was pretty awesome as well. These custom coasters that I received for Christmas (made by Goneforarun.com) are a really cool way to commemorate the two big marathons.

Another exciting accomplishment for the year was doing my first 5K swim. I’ve been intrigued by the thought of trying Swim to the Moon (recap here) for years and I finally went for it. Swimming that kind of distance was a whole new challenge for me. I spent so much time over the years thinking about how I probably could do it and decided it was time to prove it to myself. I enjoyed it enough that I’ve already signed up to do it again next year. 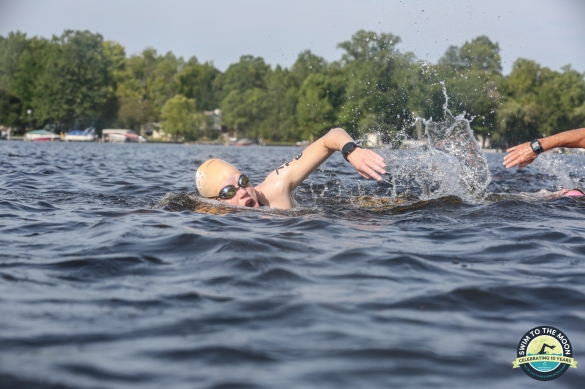 Here are some stats for the year:

It was my busiest year of racing ever. I enjoy the race environment and being around like-minded people who also choose to push themselves through this crazy stuff for fun. I’ve found that racing is a good way for me to get speedwork done when I lack the motivation to do repeats around the track – especially during hot summer afternoons. I was glad I had a chance to participate in a three-part swim/run series this summer. I love the challenge of triathlons but since I spend more time running, my endurance on the bike is usually pretty lackluster. It was nice to do some aquathlons where I could cut out the bike segment. I put in just enough training time on the bike to manage my way through a couple of Olympic-distance triathlons.

I had a lot of great runs and was happy to get another Boston-qualifying time in Chicago. I’m not sure if or when I’ll return to Boston, but it’s nice to know I have the option. I got a new 10-mile PR by 18 seconds at Crim this year, and shaved almost eight minutes off my 2013 Milford 30K time when I returned to that race on Labor Day weekend. I saw a lot of good results come from my hard work this year and added a bunch of cool medals to my collection.

One turning point this year came when I ran the Loopty Loop trail run in July. I signed up for the four-hour race and went nearly 20 miles that day which was longer than I had planned. I still felt strong and realized that if I had kept going I could have been the female winner for the race. That made me want to return next year to see if I could pull it off. I was surprised to feel like I could have kept going when I was weeks away from targeting a run that long for Chicago Marathon training. I enjoyed the laid-back atmosphere of trail running where I didn’t have a goal race pace like I do on the roads. That run made me realize that I might want to try a 50K in 2020. It’s “just” five miles more than a marathon. I like the thought of running slower but going longer. I was pretty inspired by watching the people who were out there for the eight and 12-hour races. Stopping after three hours seemed wimpy compared to those awesome people!

It looks like a 50K this spring might be my big goal. That’s assuming my body is up for it and that I can stay injury-free. I have already committed to a bunch of races next year, including the Toronto Waterfront Marathon in the fall, but a 50K would be a new thing to aim for. Although 2020 looks like it will continue to test my ability to stay positive, hopefully running will help remind me that I’m strong, capable of more than I think, and that I can push through.