Today marks a pretty big anniversary – 10 years since I ran my very first race. I had no clue back then that running would become such a huge part of my life. I certainly didn’t have a blog about running at that point, but fortunately I took the time to write something about each race from the very beginning. It’s fun to look back at my first race experience and reminisce about my journey to becoming a runner.

I enjoyed being active as a kid and tried a bunch of sports but I was an average athlete at best. My only exposure to running as a sport was when we were forced to run a mile for time in gym class. We didn’t really build up to it by training and we certainly didn’t learn how to pace ourselves. As a result, it just felt like torture.

I played soccer in a recreational league for a few years in high school and wasn’t especially good but I enjoyed it. I suppose that’s when I first embraced running in some form. I felt strong when I ran whether it was the warm-up laps or running up and down the field during games.

When I was in college I used the rec center fairly regularly and ran a mile or two around the indoor track while listening to my Discman. I didn’t consider myself a “runner” though. Five years after I graduated from college I joined a gym where I lifted weights and ran a mile or so on the indoor track two or three times a week. I had missed working out like I did in school and wanted to embrace a healthier and more active lifestyle.

When I took some online classes in 2008 I had to identify a variety of goals for one of the classes. A couple of my personal goals included running at least six miles per week and running my first 5K in the next year. It took a little longer than that but I still worked toward that goal. During the summer of 2009 I decided that I wanted to put the work in to become a better runner. That’s when I was finally brave enough to try running outside. I had been pretty insecure with my abilities prior to that. I worried that my breathing was bad and I didn’t think I’d last. I had a goal in mind though, and by the fall I had built up to running three miles at a time.

When spring rolled around I finally signed up for a 5K. I picked a small local race in Rochester, Michigan that was a part of the Earth Day weekend festivities. It was the RARA (Rochester Avon Recreation Authority) Run for the Planet 5K. 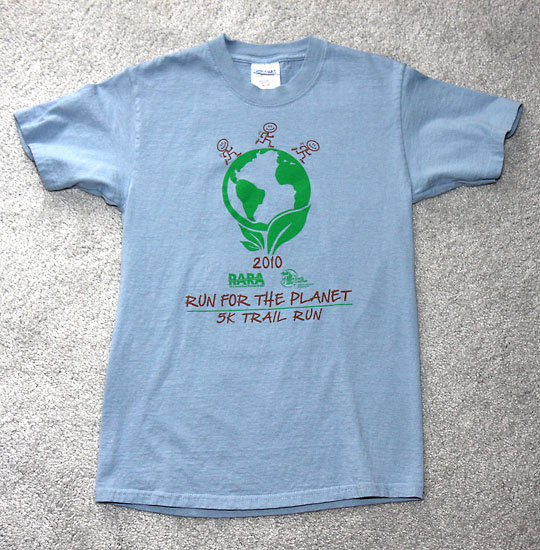 It was a misty morning in the 50s and I was a little concerned because I hadn’t run in the rain before. I was also concerned because I chose to run without music even though I always ran with music. The sound of my breathing bothered me so I usually liked to drown it out. The race started a quarter mile down the Clinton River Trail so I thought I’d warm up by jogging to the start. I didn’t come across a starting line so I kept jogging. At some point I realized I must have gone too far and turned back. Everyone had lined up by the time I got back which made me feel kind of silly. I had planned to warm up a little but not that much!

When the race started I was a bit frustrated by the congestion of the crowd combined with trying to dodge puddles on the trail. We cut into Bloomer Park where the trails were pretty narrow, plus there was a steep, muddy hill to climb. I tried to work my way around people when I could, including some kids who had started really fast but lost some steam. A paved hill came soon after the muddy hill. My breathing was pretty rough at that point and I wished I had music so I wouldn’t have to listen to myself struggling. I didn’t really know how to pace myself and was kind of thrown off by having people around me. Eventually things spaced out a little more as we ran through Bloomer and out to some roads before we got back to the Clinton River Trail. I sprinted at the end and finished in 27:02 with an average pace of 8:43 per mile. I had guessed that I’d run somewhere around 27 minutes and I was right on.

I felt like I had done pretty well but wanted to try music the next time to drown out my breathing. I was already thinking about a next time so that was a good sign! They had water, bananas, and small samples of smoothies from Beyond Juice at the end. They were going to have an awards ceremony an hour and a half later. I didn’t want to wait that long, especially since I wanted to shower and come back to see a musician playing at the festival that afternoon. I had placed 42nd out of 90-some people and figured my time wasn’t good enough for an award anyway.

It turned out I was wrong. I was shocked to find out that I had placed second in my age group! 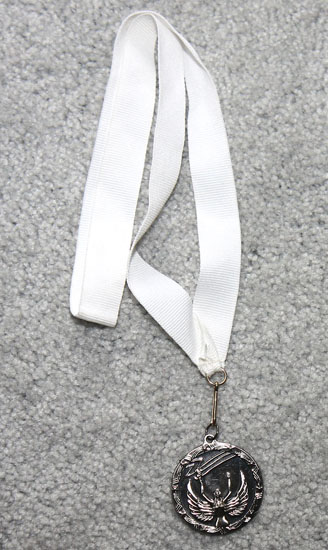 I was really glad that I finally did a race. I liked challenging myself and felt good about the accomplishment. So, at the age of 30 my racing career began. Over the next couple months I did a couple more 5Ks then jumped up to a 10K. A year later I was ready for a half marathon. A couple years after that I ventured into the world of triathlon and also ran my first marathon. I got completely sucked into running and it became a lifestyle for me. I was driven by the desire to keep pushing myself to see what I was capable of. The feelings of strength and empowerment kept me motivated…and still do. Ten years ago I never would have imagined how many places I would go and things I would see thanks to running. I had never even considered the possibility of running marathons. I’m thankful for this whole new world that I discovered and am hopeful that running will continue to bring many more adventures in the future.