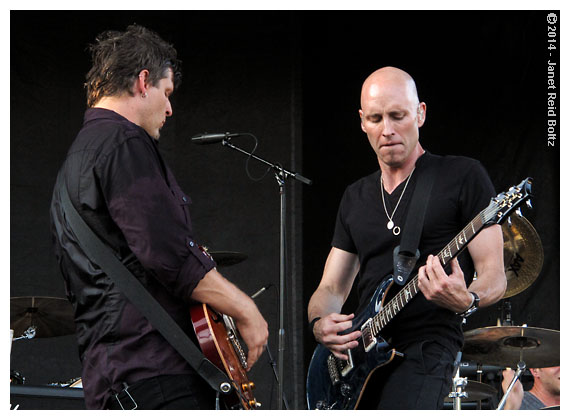 Thanks to the band Vertical Horizon, I ended up racing a mile for the first time on Labor Day. When I saw that the band was scheduled to play a festival in the Chicago-area suburb of Naperville, IL, it sparked the idea to visit family who lives there for the holiday weekend. I looked for more details about Naperville’s Last Fling and found that the festival featured a mile race on Labor Day. Tom, my half brother-in-law who we’d be visiting, is a great runner so I asked him about it. He’d never run the race but he was interested in trying, so he signed up. Matt and I hesitated to register in advance because I’d been having some problems with my right hip. I took three days off of running in the week leading up to Labor Day, and the first run back was pretty painful and frustrating. I took another day off and luckily I was okay for my next two runs. Since I got through 90 minutes of running the day before, I figured I’d survive a mile.

The race started at Naperville North High School, and we got there about an hour early. Matt and I registered on the spot, so we filled out forms and got in line. There was one line for pre-registered people and one for day-of. Each line moved slowly, but ours was REALLY slow. We were in line for half an hour! Tom got through his line eventually and went out for his warm-up run while we kept waiting. One of the biggest issues was that we had to stand and wait as a woman typed in the registration info for each person. We didn’t expect t-shirts since we signed up the day of the race, and sure enough, they ran out of extras by the time we got up there. When I saw the green cotton shirts, I knew it would probably end up stashed in my closet anyway. Tom was kind enough to give his shirt to Matt. 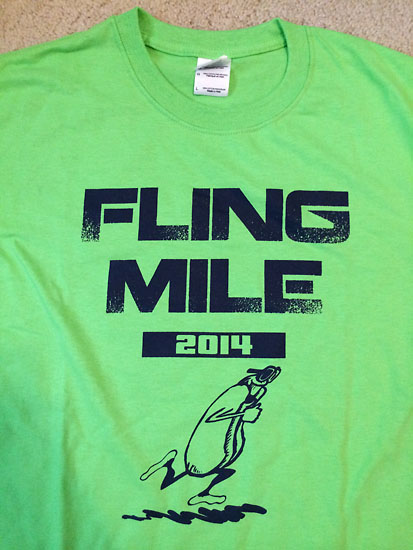 After we finally got through the line, Matt and I went out for a warm-up mile. We ran half a mile down the road and sidewalk, trying to dodge people getting ready for the Labor Day parade that would follow the race. We didn’t see any porta-potties by the start and it seemed like no one was going in the school, so we figured it wasn’t open. Teams were practicing around the back of the school, so maybe some doors were open in the back. We finally found two porta-potties a quarter mile down the road. It was kind of odd and frustrating that it was so difficult to find any, and a guy in the parking lot jokingly asked if he might get in trouble for going there since we couldn’t find any other options.

After our warm-up, we lined up for the start of the race. I knew it would be a mad dash at the beginning plus it was not chip-timed. With a gun start, I wanted to be close and lined up about four people back from the front. We waited for the 9:15 start, but realized people were still in the registration line. Everyone was frustrated as time ticked by. Someone in charge finally showed up ten minutes late and tried to yell out some directions. Without a megaphone, few people could actually hear her. Luckily we could hear the signal for the start and we took off.

As expected, the start was a total cluster. Plenty of kids lined up at the front, and the inevitable trips and wipeouts occurred. Aside from coming to a complete stop to avoid stepping on a girl who was on the ground, I managed to dodge most of the mess. I was able to run my pace with minimal weaving. I didn’t really know what that pace should be though since I’ve never really raced a mile. The McMillan calculator said I could run a 6:22, so I hoped I could at least finish in 6:30. I settled in around 6:35-6:40 for much of the race and figured I’d speed up at the end. Aside from a very slight uphill portion at the start, the race was pretty flat. We ran down one road for most of the race with a couple turns near the end. The final turn came about .15 from the end. The finish was downhill which made for a strong finish. I kicked into a super sprint for that segment and finished in 6:25.

I had been averaging around 6:40 up until the last stretch and managed to drop the average to 6:25 within the last .15. That tells me that I should have sped up sooner or maybe I was too conservative the rest of the time because I had WAY too much kick left in me for the finish. I really had no idea how to pace this race, so it was a learning experience. I was just a few seconds off McMillan’s estimate of 6:22, time I probably lost when I stopped to dodge the girl who was down on the ground. I’ve had great luck with McMillan’s calculator in the past, and once again, it was right on.

They had water, bananas, and juice for finishers. They also had a computer set up where you could enter a bib number and it printed a small receipt with finishing info. It said I was first in my age group of 30-39 and Tom was second in his. I found out later that I was actually third in my age group. Two of the women ahead of me received awards for being in the top three overall, meaning they were not included for age group awards. 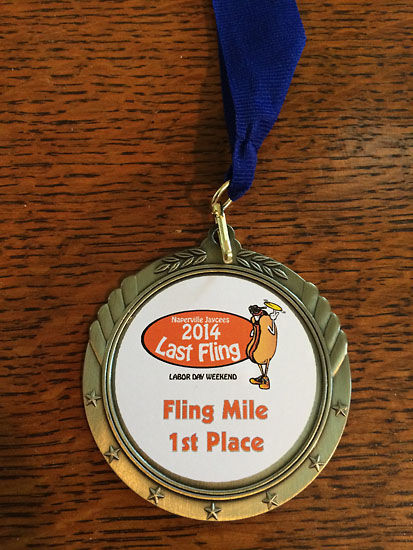 We waited a while for awards, but the rain that held off for the race suddenly came down in sheets before they got to the awards. Some of us retreated to a parking deck while the rain was especially heavy. Eventually we got our awards, then we did a cool down mile back to the car. I was glad that my hip held up for the race because all of the downtime must have made me stiffen up. The pain got pretty bad for the cool down jog. The parade had begun, so we had to run through the middle of it a couple times to get back to the car. 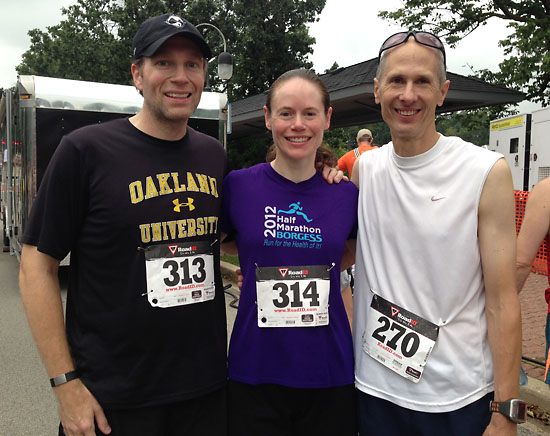 A post-race photo of Matt, me, and Tom.

I’m glad I finally tried racing a mile, but if we happen to be back in Naperville for another Labor Day weekend, I’d avoid this race. Apparently the race has been held for years, so I’d expect things to run a lot smoother than they did. I question why they had such a major issue with the registration and packet pick-up process. I know a lot of people signed up the day of the race, but they probably should have had more volunteers to man the table. The late start and lack of bathrooms also bothered me. Matt had issues because he knew he finished faster than the time they listed for him. Looking at the results, he saw that a guy placed in front of him even though Matt knew he had passed him. The timing company was able to sort things out based on photos taken at the finish.

Overall, too many factors made this race a bit of a disappointment. The course and the race itself were good, but the rest of the experience was not great. I was happy with how I ran, but now I’m anxious to race a mile again to see if I can do even better.