When I first heard about the Dig ‘Em Dash 5k, I was definitely interested. Matt’s sister ran the race in 2013 and I was kind of sad we had missed it. I realized we would be in the Battle Creek area visiting family the weekend of the race this year, so it worked out perfectly.

Dig ‘Em is the mascot for Honey Smacks cereal, and seeing him featured in the race’s logo was enough to spark my interest in the race. Matt and I are big fans of Kellogg’s products and fun mascots. We have enjoyed running the Cereal City Classic 10k a couple times, which is now part of the Cereal City Stampede series along with the Dig ‘Em Dash and Binder Park Zoo’s Cheetah Chase.

This crew of mascots instantly made my day.

The Dig ‘Em Dash was held on Saturday, September 27 outside the Kellogg World Headquarters in downtown Battle Creek, MI. It was a cool, sunny morning that was perfect for a race. Matt’s dad was kind enough to pick up our packets the day before, so that was one less thing to do when we got there.

The packet and bib. I love that Dig ‘Em is on the bib.

What a fun shirt!

One of the busiest backs of a race shirt I’ve seen. They obviously weren’t hurting for sponsors!

We had received an email saying that they would have shirts from past races for $5, so we each got one of those. Several sponsors had tents, and Kellogg had a trailer filled with a bunch of fun products for sale. We stopped by after the race to get a few things. 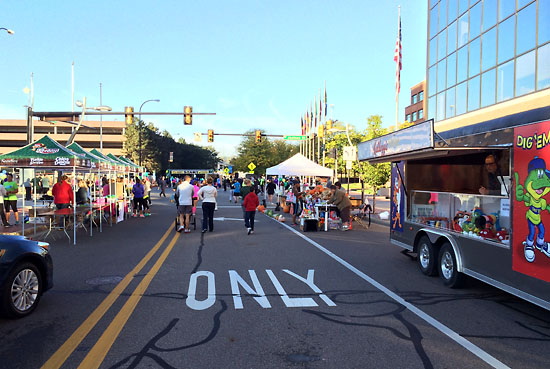 Various tents and the trailer with Kellogg’s shirts and other goodies to purchase.

Before the mile race for the kids started, a slew of mascots arrived. This was definitely one of the highlights. How can you not smile when you see Dig ‘Em, Tony the Tiger, Toucan Sam, Corny (the Corn Flakes rooster), the Keebler Elf, the Pringles guy, and Snap, Crackle, and Pop? I loved it. 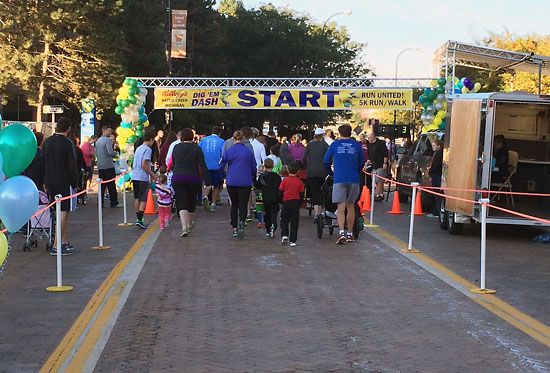 The start of the kids’ race.

So many fun guys.

After the kids finished their race, Matt and I ran a short warm up and got ready for the 9:30 start. As the race began and we ran through the streets of downtown Battle Creek, the first mile featured enough of an incline to slow me down. I tried to run somewhere around a 7-minute pace and it didn’t come easily. 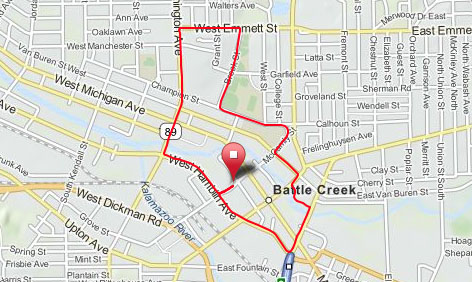 The route through downtown Battle Creek.

The elevation according to my Garmin.

I didn’t suffer too bad, but I didn’t feel great either. I did manage to pick things up right at the end and wondered if I’d hit a nice, even 21:30 as I approached the clock. Almost – my official time was 21:31.

My best 5k times have been just a hair under 22 minutes, so I was pretty happy to finally get under that by a more significant amount. It always varies whether I run a little short or long, but it’s nice to feel like I can start aiming for 21 minutes next. I’m counting this one as a new PR!

Mascots waiting to greet runners after the finish line. 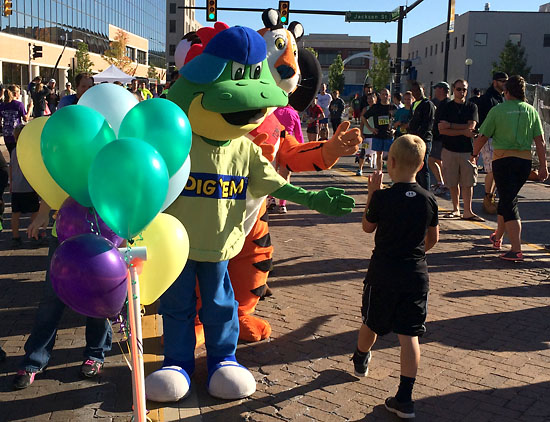 As expected, this race had lots of great Kellogg’s snacks waiting at the finish.

Just a few of the snacks offered.

We checked the results and I found that I was 2nd in my age group of 30-39! A little bit later I was able to ask someone for my medal, and in the meantime I watched the finishers and the mascots. It was especially fun to watch them interacting with the really young kids.

This was just too cute. 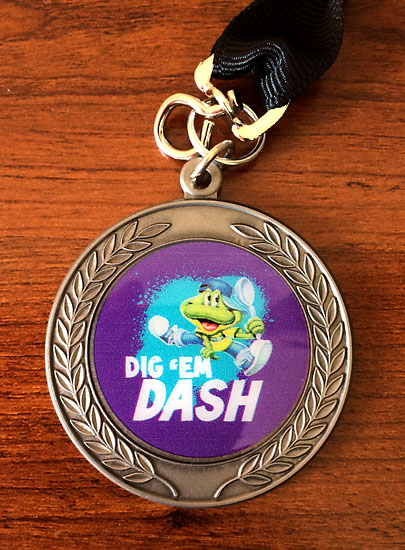 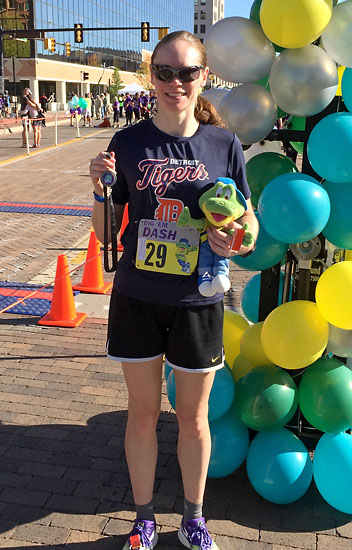 With my medal and Dig ‘Em.

This was a great race and hopefully we’ll make it back in the future. Maybe we’ll even attempt to run all three races in the series at some point.