After a weekend that felt more like summer than spring, I feel energized and have been thinking about the upcoming triathlon season. This IS Michigan though, and I know we may not be totally in the clear weather-wise quite yet. I vividly remember being very annoyed that it snowed when I ran a 5K in mid-May last year.

However, the nice weather has become more frequent and I went for my first outside bike ride of the year last weekend. I’ve been riding 15-25 miles inside three times a week for a while now and was curious to see how I would do outside. I took my bike to the Macomb Orchard Trail, which is paved, flat, and runs 23.5 miles from one end to the other. I thought maybe I’d go for 30 miles, but as I rode along I decided maybe I should push all the way to 40. Beautiful weather and a lot of pretty scenery made it easy to keep going. 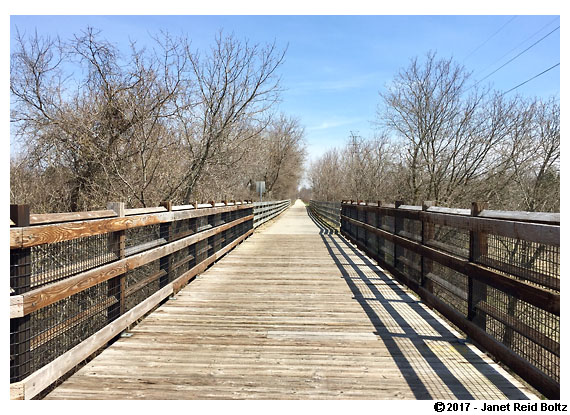 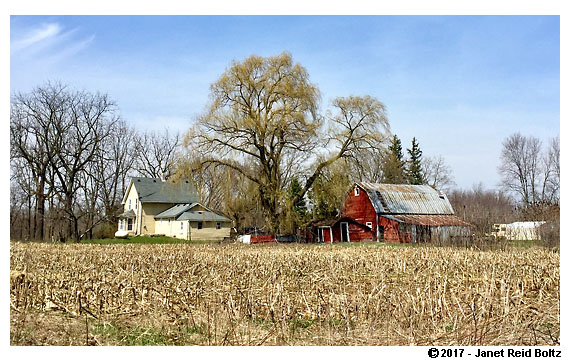 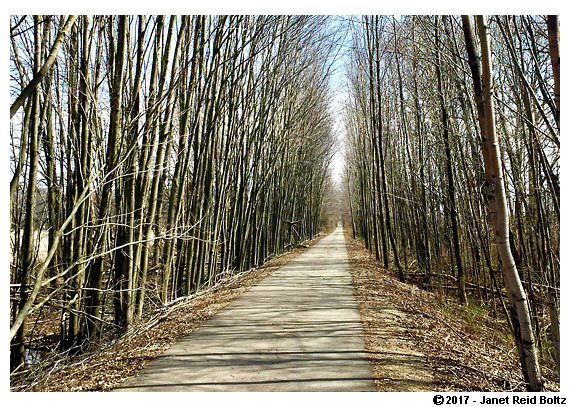 The first 20 miles were really nice, but battling 15-25 mph winds on the way back made the second half of the ride more challenging. Still – I finished 40 miles which was the longest I’d ever ridden. That ride made me question if I’d want to tackle 56 miles on the bike for the half Ironman distance one day. We’ll see if I get that ambitious at some point.

In the meantime, running is the questionable factor. I’ve been thinking about doing some Olympic-distance triathlons and know I should be able to handle the nearly 25-mile bike distance for those races. I’ve got the swimming down since I’ve been swimming a mile three days a week. I’m used to running being my strength in the triathlon, so it’s a bit odd for that to be the weakness right now.

I’ve been very frustrated by lingering complications from the stress fracture in my foot. After reaggravating it in January, I took nine weeks off of running. I really didn’t want to get stuck in the boot again, so I took time off and hoped it would be enough. Week after week went by, and it took that long before my foot felt reasonable enough to try running again. I was still a bit weary, so I went to a sports medicine doctor and had x-rays taken. They didn’t show a thing. I don’t know if that’s reassuring though. X-rays don’t always show stress fractures, and the doctor couldn’t see any calcification or any sign that I’d even had one. I had gone to a podiatrist when I initially injured my foot, and both the fracture and beginning of the healing showed on those x-rays. I didn’t go back to that doctor because I didn’t like his approach of sending everyone out the door with Superfeet insoles. I think they might help some people, but I hated them when I tried them once in the past and I’m not convinced I need them. All I know is that my left foot still does not feel as normal as my right foot, and there are still occasional aches and feelings of discomfort. I did some run/walk intervals as I reintroduced running, and over the last week or two I’ve gotten back to continuous runs of up to four miles.

I’m going to be very cautious and my ultimate goal for now is simply to be able to run the 10K distance involved in Olympic triathlons. The sports medicine doctor talked about increasing endurance or speed but not both at once. Maybe that’s what did me in earlier this year. Right now my approach for the summer is to go out and have fun doing triathlons. I want to get back out there and enjoy the adventure of doing them rather than aiming to go as fast I can. I’m sure when I’m actually in the race environment I’ll want to push, but I’m not putting that pressure on myself going into them. I still haven’t registered for anything since I’ve just gotten back to running and need to see how that goes. I have plenty of races on my radar though. Sprints, Olympic…maybe even a duathlon before the water is warm enough for triathlons? I hope my foot will cooperate because I’m anxious to get out there!