I didn’t want to bog down my year-end blog with too many photos, so here’s a photo-heavy post on its own. When I’m out for a run, I’m always on the lookout for cool scenery. Here are several cool things I saw in 2017.

Stony Creek Metropark is an awesome place to have so close to home. I do a lot of bike/run bricks there when I’m training for triathlons. It’s one of few places that gets plowed regularly in the winter. It also has some beautiful trails. I love Stony! 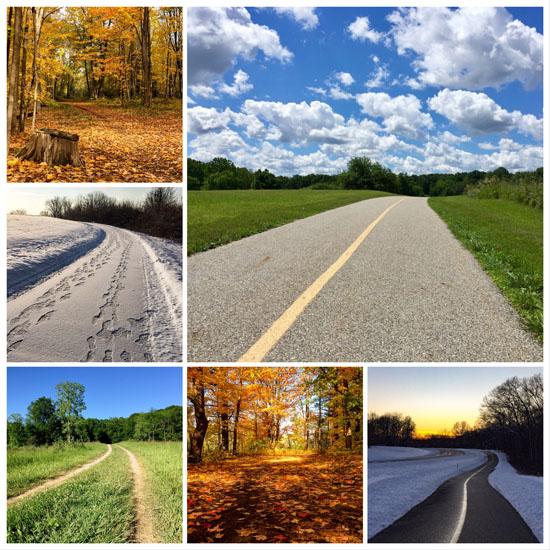 We are extremely lucky to live right by the Paint Creek Trail. Aside from the winter, it’s my go-to place for running, and I do plenty of bike/run bricks on the trail as well. 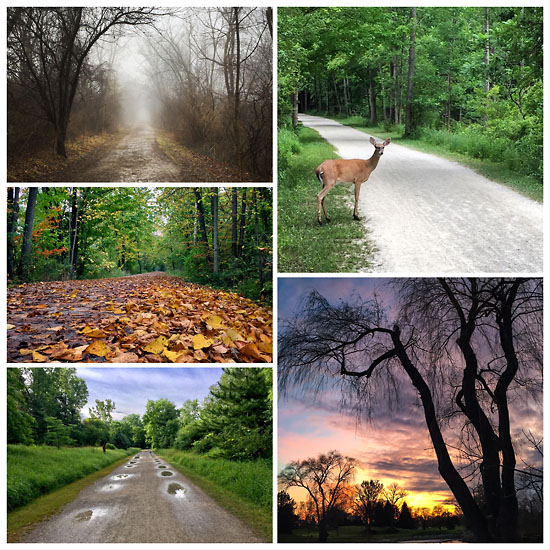 In July, we went to Naperville, IL for a concert. I always love exploring new places when we’re out of town, and we found some great running spots in the nearby town of Warrenville.

Although we only live 30-45 minutes north of Detroit, we rarely run there. We stayed downtown one night after a concert (notice a theme?) and made sure to get a run in the following morning. We ran along the beautiful riverwalk and to the Dequindre Cut.

The Dequindre Cut and riverwalk with the RenCen in the distance

We visited Cincinnati once several years ago and had a great run. When we went back to the city in October for…yep, another concert, I couldn’t wait to get out and run the following morning. There are several bridges that connect Ohio and Kentucky, so it was fun to say that we ran in two states!

It’s only 10 miles from home, but I don’t get out to Addison Oaks County Park (in Leonard, MI) often enough. I wanted to hit a different spot to see fall colors during a run in October. Fall colors combined with early morning light made for some great scenery.

I’ve seen a lot of cool things over the last year and will make a point of running in some new locations in 2018 to see more fresh scenery.