On Saturday, June 16th I represented the Chevy Running Club in the Corporate Cup Relays. GM competes in Division I against Ford and FCA (Fiat-Chrysler) every year in 5K and 10K road races, a 5K walk, field events including the shot put, high jump, and long jump, and track relay events. Autoliv, Nissan, and Shinola competed in Division II, and AVL made up Division III. It’s a fun chance to get together with fellow employees, raise money for charities (Special Olympics Michigan and the Dearborn Animal Shelter), and literally have a healthy competition. Despite being a contract employee, I’m eligible to participate along with co-ops, interns, and retirees.

I ran the 10K at the 2015 Corporate Cup and had a great time so I knew I wanted to do it again. The events took place at a school in Southfield in 2015, but that school closed and the events shifted to Berkley. Unfortunately, the 5K and 10K races were cancelled in 2016 when the city of Berkley decided it didn’t want to deal with the road races. The same thing happened in 2017, so while the track and field events occurred in Berkley, the road races moved to Belle Isle in Detroit. I couldn’t participate in 2017 because I was out of town, but I was excited to get back to it this year. I’ve only been to Belle Isle a couple times and was glad I had an excuse to get out there again.

I got there just before 7am as it started to rain for 20 minutes or so. I put a raincoat on and went to the GM tent to get a new team shirt and my race bib. We were lucky that the rain stopped before the 10K started at 7:45, but humidity hung in the air and it was around 70 degrees.

Looking over to Canada

I signed up for both the 5K and 10K races. When I browsed through last year’s results, I thought I might stand a chance at winning my age group in both distances. Teams are scored based age group placings and I thought I’d do my best to help GM by aiming for age group wins in two events. I’m very loosely following a half marathon training plan right now and it actually had a 15K race listed on the training schedule for the weekend, so that was all the more reason to do the double!

The 10K race was only for Division I, so GM, Ford, and FCA runners participated. I didn’t know what kind of pace I could expect to run since I haven’t done much in the way of speed training lately. I started with a 7:33 mile and slowed down after that. It usually takes half a mile or so before the heat and humidity affect me, but then it hits me hard. My body doesn’t handle those conditions very well. The weather combined with my lack of speed training made it feel like this 10K dragged on forever. The island is about as flat as it gets, so at least that helped. It seemed like we were constantly winding around curves which made it a bit tricky to run the tangents. Even though I tried my best to run the shortest path, it seemed like the course was running a bit long. The end of this race couldn’t come soon enough, and I spent most of the time wondering why I had thought it would be a good idea to run the 5K next. I made it to the finish eventually, then shook my head and muttered about how it had been brutal. When I realized that my watch said I had run 6.52 miles rather than 6.2, it’s no wonder it felt extra long! I may not have run the tangents perfectly, but I couldn’t have done THAT bad of a job. Talking to several people confirmed that the course was probably long.

I had about 25 minutes to kill before the start of the 5K. I got some water, paced around for a little bit, chatted with some GM people about the race, then walked to a shelter building that had actual bathrooms. I was pretty soaked and tried to get some relief by drying the sweat off of my face and neck.

With the 5K run due to start at 9:00 and the 5K walk shortly after, the crowd had grown quite a bit. Some people were still wrapping up their 10K, so we got started a few minutes later. As soon as I started running, I could tell right away that the downtime between races hadn’t magically refreshed my legs. I started with a 7:38 mile then naturally settled into the 7:40s for the next couple miles.

The sun had broken through the clouds a bit but not enough to make the temperature jump much. At least I noticed a little breeze at times, which I hadn’t during the 10K. Some of the route was the same as the 10K but a little bit was different. Having some different scenery and more people around helped distract me. I liked seeing people in wetsuits getting ready to swim when we ran past a beach on the north side of the island. Between swimmers, bikers, and runners, it seemed like plenty of people were out training or just staying active. I did a triathlon there once four years ago and it definitely seems like a good location for triathlon training. I really ought to make an effort to go there more often. 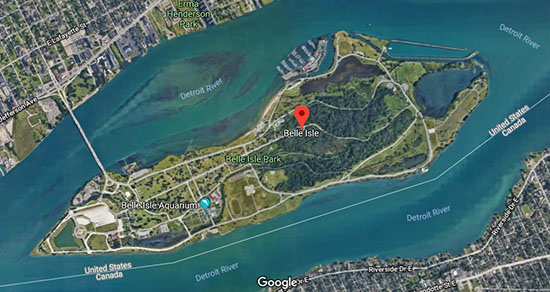 When my mind wasn’t distracted enough by the scenery, other people, or trying to run the tangents, I thought about getting through the race whatever it took. That made me think of the song “Whatever It Takes” by Imagine Dragons, so that got stuck in my head for a bit. Lifehouse has a song with the same title, and that ran through my head next. This race wasn’t going to be one of my more outstanding efforts, but hopefully it would be good enough to help my team.

It became clear to me that the 5K was going to run a bit long too. I didn’t have much to give at the end of the race, but managed to drop my pace to 7:11 for the last quarter mile. Instead of 3.1 miles, my watch came up with 3.26. Double that and you get the 6.52 that I ran for the 10K, so I guess at least the courses were consistently long for me?

I wasn’t as wiped out as I was when I finished the 10K, but I was glad to be done for the day. I walked over to the GM tent where I grabbed a bagel, granola bar, and bottle of water. I chatted with several GM people who I had never met but whose names I recognized thanks to Chevy Running Club’s online community. Part of the fun of participating in the event is getting to meet some new people who are happy to talk about running!

Around 10:15 we gathered for a group photo. Then some people headed out to Berkley for the track and field events that would run through the afternoon. On my way out I saw a table where initial results were posted. I had placed first in my age group in both events! I talked to another GM woman who had done the same. Regardless of how the races had gone for me personally, my top goal was to help the team and it looked like I had achieved that goal.

For 9.78 miles total, I’m pretty happy with my 7:42-7:43 pace. I’m surprised that I was so consistent between the two events. Double my 5K time and I was just one second over my 10K time! Typically my 5K pace should be a bit faster than my 10K pace, but I couldn’t pull that off this time. Knowing that the weather really dragged me down, I’m satisfied that I managed to do as well as I did. As much as I try to train through warm and humid conditions, my body never really acclimates to it. I definitely do much better on cooler days.