Last Sunday, January 21st, I ran the Chill at the Mills 5K in Rochester, MI. I’m usually reluctant to race in the winter thanks to Michigan’s weather, and have only run a race in January twice over the eight or nine years I’ve been racing. I will typically scope out the forecast and wait until the last minute to sign up for any winter races. I’ve been interested in running this race in the past, but injury, scheduling conflicts, or the weather have kept me away until this year. It was on my radar this year, but I hadn’t planned on running it because my marathon training schedule had 14 miles listed for the day. The morning before the race, my running buddy Louise sent a message to ask if I would be there. She put the idea in my head and made me wonder if I could juggle it with my long run. The more I thought about it, the more I figured I should go for it. I went to the Rochester Fire Department for in-person registration the afternoon before the race. I was happy that I could still get a long sleeve cotton shirt in my size despite the last-minute registration. I love the penguin!

I decided that it would work best to run 11 miles before the race so I could eat and enjoy the post-race festivities rather than add on more running at the end. I’ve done warm up runs prior to races during marathon training before, but this was a bit extreme. Usually it’s more like three miles prior to a half marathon…not an 11-mile “warm up” before a 5K! It was helpful that the race was in downtown Rochester. It’s only a few miles from home, I run the town all the time, and I knew where I could go to get the distance in.

I parked at Rochester Mills (a nice brewpub) around 7:15 and started my run with a headlamp because it was still dark. There was a very slight mist in the air to start, but fortunately the potential rain that had been in the forecast stayed away. After a stretch of ridiculously cold temps to start the month, we were lucky to have a warm up that melted most of the snow and ice, and it was in the mid-30s that morning. However, it was just cold enough that there were plenty of slippery spots on sidewalks. Maybe that was good in a way because dancing around icy spots helped keep my pace slow enough to save energy for the race later. Still, it wasn’t great that I spent half the run worrying about slipping. At one point I ran the race route to scope things out. We’d be running on the roads, and those surfaces were fine. Rochester Park had a few questionable spots though.

I worried a bit about the icy patches. I made a second loop through the park a bit later, and was happy to see a guy in a truck stopping to salt the bad spots. Aside from my one loop around the race course, I didn’t have a set route for the long run, but still managed to run around town enough to get 11 miles in.

I timed things so I’d finish half an hour before the race. I hit the porta potty line first, which probably took 5-10 minutes. The line kept growing longer and longer, so I’m glad I went there first instead of my car. I ran into Louise and her boyfriend briefly during my jog back to the car. I swapped to a dry pair of gloves, got my bib number, then headed back to the starting area. I had less than 10 minutes to kill at that point, which was perfect. I kept moving enough that I didn’t get too cold between my earlier run and the start of the race. Between the Picky Bar I ate for breakfast, GU Brew that I drank during my long run, three Clif Bloks that I ate in the middle of the long run, and three more that I ate before the race, I seemed to fuel just right.

The crowd was pretty big and I knew I shouldn’t start behind so many people. I walked around the outside of the crowd and worked my way toward the front. I was surprised to find a huge gap near the front! Apparently most of the people didn’t want to start too close, and the mass of people just kept lining up behind them. I positioned myself in a spot a few seconds back from the front of the line. 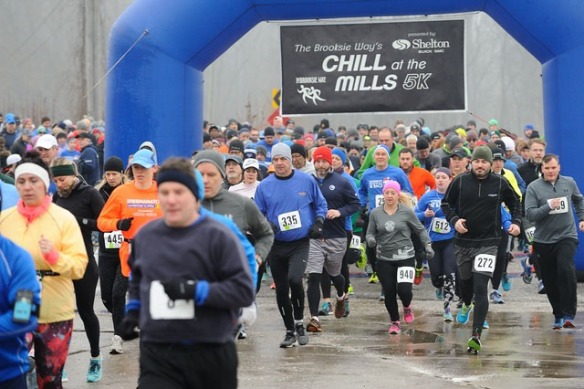 I’m on the left side in the orange shirt and blue hat. Thanks to RunMichigan.com for taking some nice race photos!

I had no idea how this race might go after running 11 miles. I just went with the flow at the start and didn’t push too hard because there was a pretty good climb during the first mile. Fortunately, a block later we got to take advantage of a downhill stretch, and the rest of the course was relatively flat after that.

The first mile and a half took us through neighborhoods, then we ran about a mile in the park, looped around the back of the library, and finished downtown by Rochester Mills. Aside from a very brief stretch on the snow-covered Paint Creek Trail, the running surfaces were great. My first mile was 7:38 and my second was 7:33. When I race a 5K all-out, I’m usually closer to a 7:00 pace. It felt like a good effort, but nothing too taxing. My nose was so cold that I couldn’t breathe out of it at the beginning, probably thanks to the downtime in between the runs. I was fine after about a mile though. While I was in the park, I realized that I didn’t feel too strained and it seemed like this race was flying by. When I run 5Ks all-out, it usually feels way too long! I told myself that it was time to kick it up a notch for the last mile. I knew the course well and knew exactly what to expect. My pace dropped to 7:19 for the third mile, then I gave everything I had at the end. It sure helped that the finishing stretch was downhill! 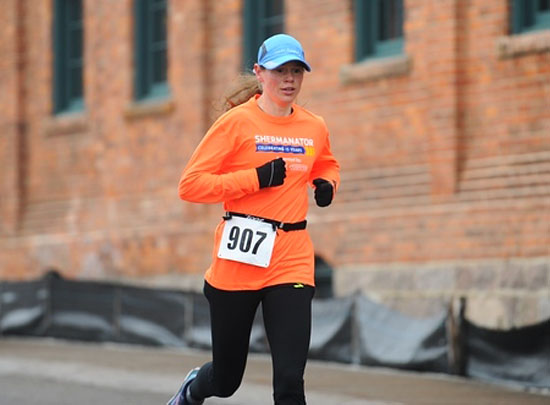 I was pretty happy with my finishing time of 23:18! After crossing the finish line, I received this hat: 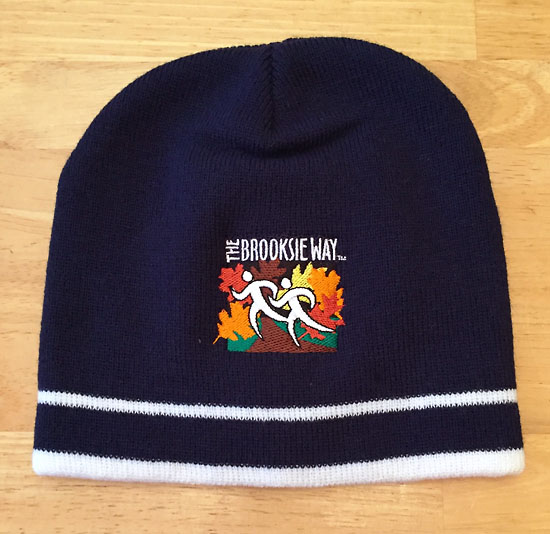 My collection of medals has gotten totally out of hand, so it was kind of nice to get something different. I scoped out the boxes of post-race snacks, which included things like fruit, chips, crackers, etc. I got a bag of animal crackers and some water, then was on the lookout for my friend Carmen. Check out her blog post about the race here. She came through the finish line and we got to chat for a few minutes until I decided I should go somewhere warm. I was happy with the temperature for racing, but got pretty cold once I stopped moving. I knew that there was a pancake breakfast in the fire station, and it sounded like a great way to refuel after 14 miles.

One room in the fire station had computers for checking our results, and I saw that I had placed second in my age group!

They said awards would be available at Runnin’ Gear, so I stopped by the next day and received this:

Since I love the penguin, I really liked this award

After checking my results, I went to the main room for the breakfast. They have pancake breakfasts at the fire station multiple times a year but I had never been to one. I know the money goes to charity, so I was cool with paying $6 for it. It was kind of fun to be in the room with the fire trucks and all of their gear. 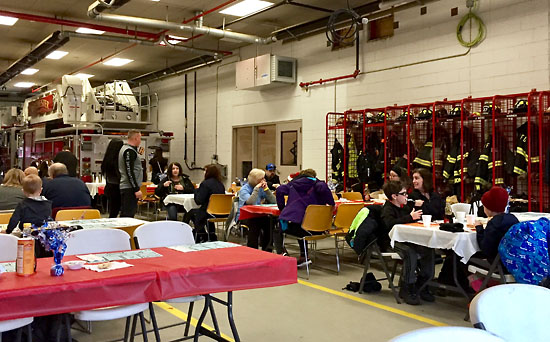 I sat at a table and a volunteer asked what I would like to drink, then brought the food 5-10 minutes later. There was a sausage and three big pancakes, and it was the perfect post-race breakfast. I met some nice people and chatted with them for a bit, then headed home. Although this race was a part of Rochester’s Fire and Ice Festival, I didn’t stick around for any other events. Like I said, I was pretty cold while I was outside, so I just wanted to get back to my warm car. I found out later that there was a beer tent that I had completely missed. Oops!

I had a great time and would definitely do this race again…depending on the weather. I’m really wary of running on snowy or potentially icy surfaces, so I’d probably pass in those conditions. I love the Brooksie Way Half Marathon, so as expected, they did a great job with this race as well. I enjoyed being a part of a hometown race, and I loved running a route that was so familiar to me. I’m glad Louise checked in with me and sparked me to sign up.

3 thoughts on “Chill at the Mills 5K Recap”